Audit Logs show a centralized stream of all user activity within an Organization. Part of the security of any organization is to control and monitor the access of information. Thus, organization admins need to be able to see the detailed audit trail of all activity that happens.

As of now, VGS Audit Logs can be used to view the latest changes to routes, and revert a version to undo certain changes. 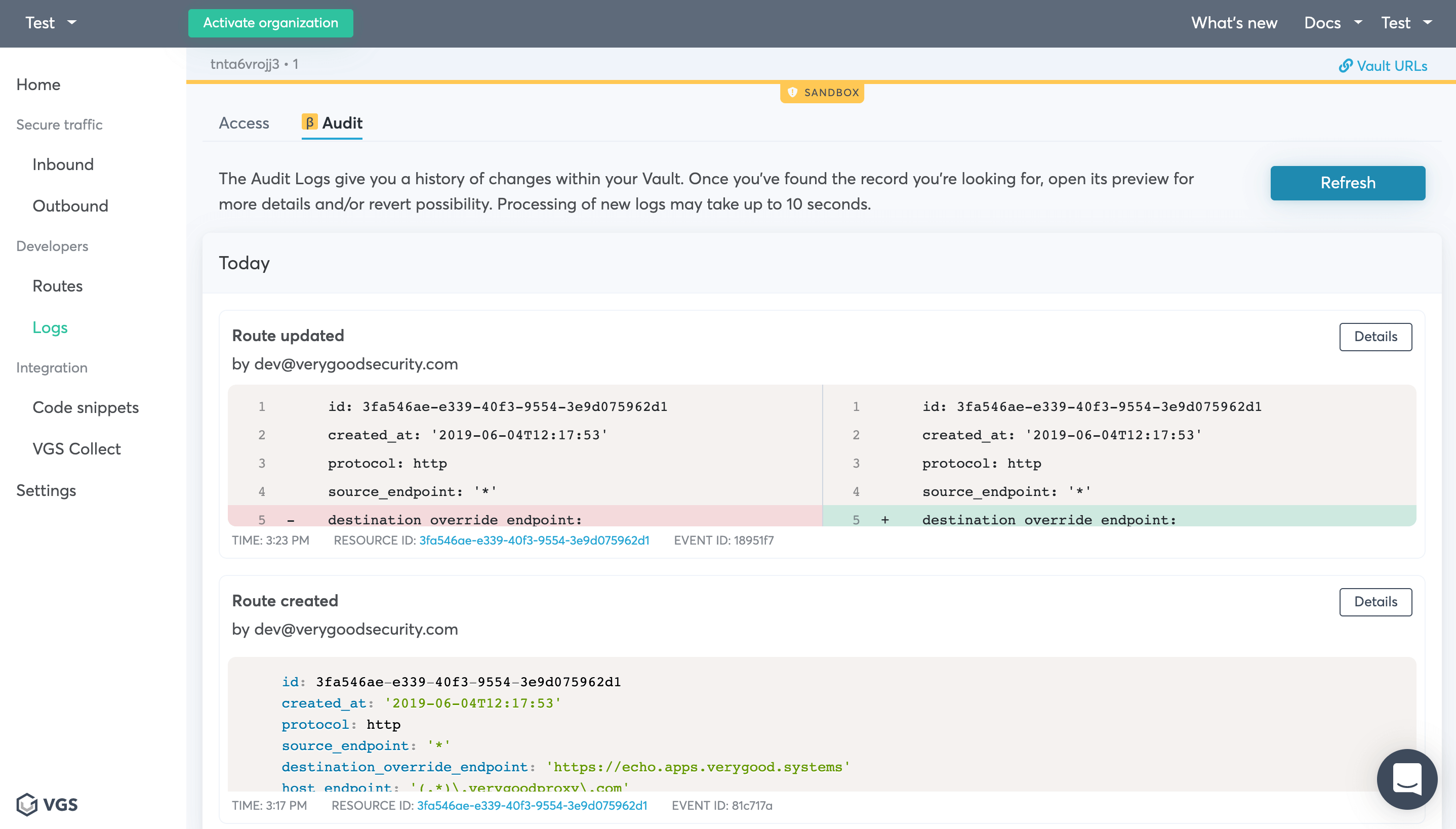 The diff snippet shows the snapshot values of two route versions: the previous version, original, and the new one, rewritten. Both versions are shown in a Yaml format.

Each time a user saves a new sandbox/live configuration of a route, VGS automatically creates a new route version and a snapshot. Reverting allows the user to undo a change by reverting route to some previous version. 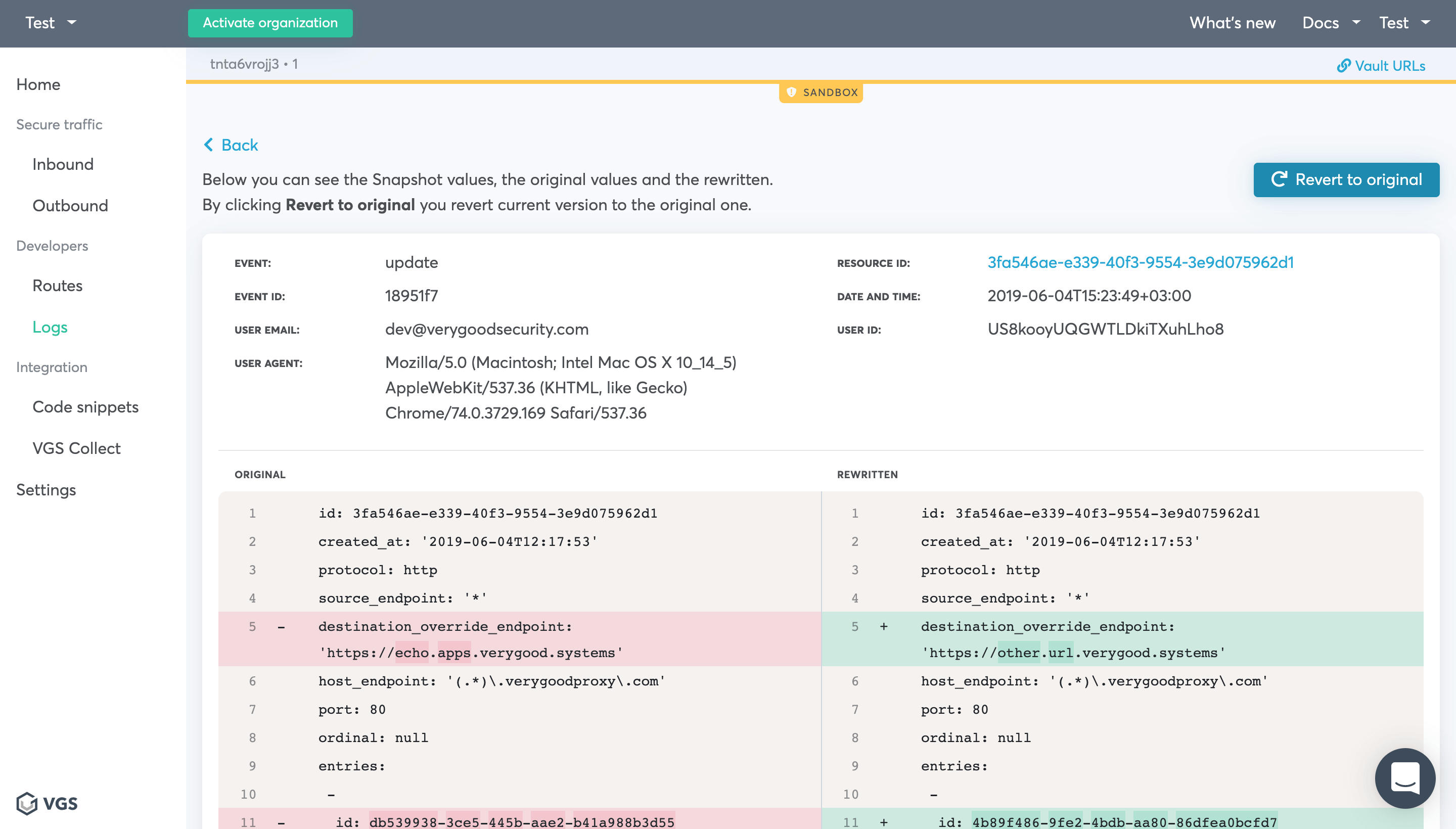 Note
Using the revert version feature doesn't delete any changes; it creates a new version that reverts the effects of a specified change.

When doing a revert, you will see a revert event log and “Event ID” that tells you from which event new version was created. 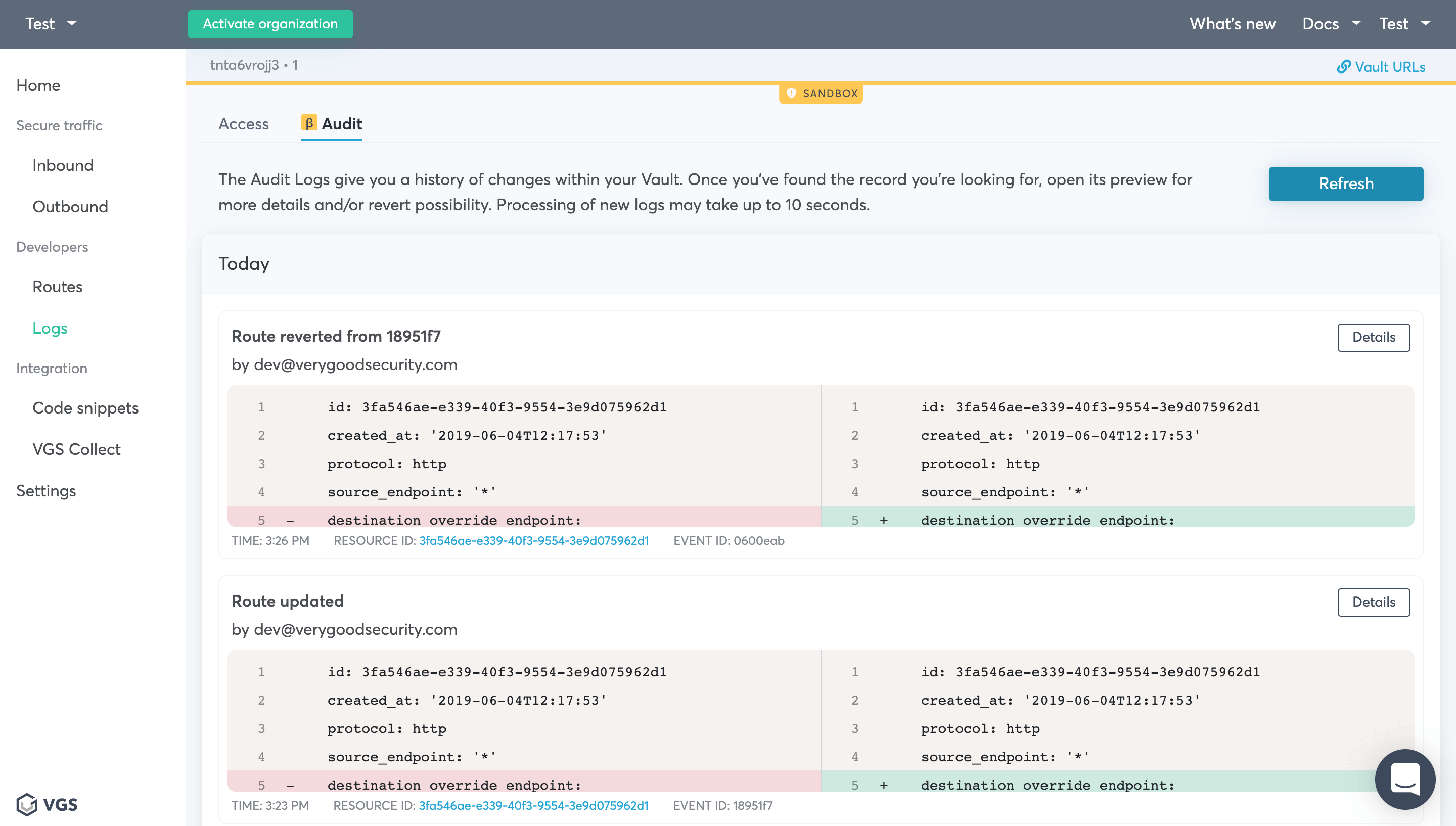